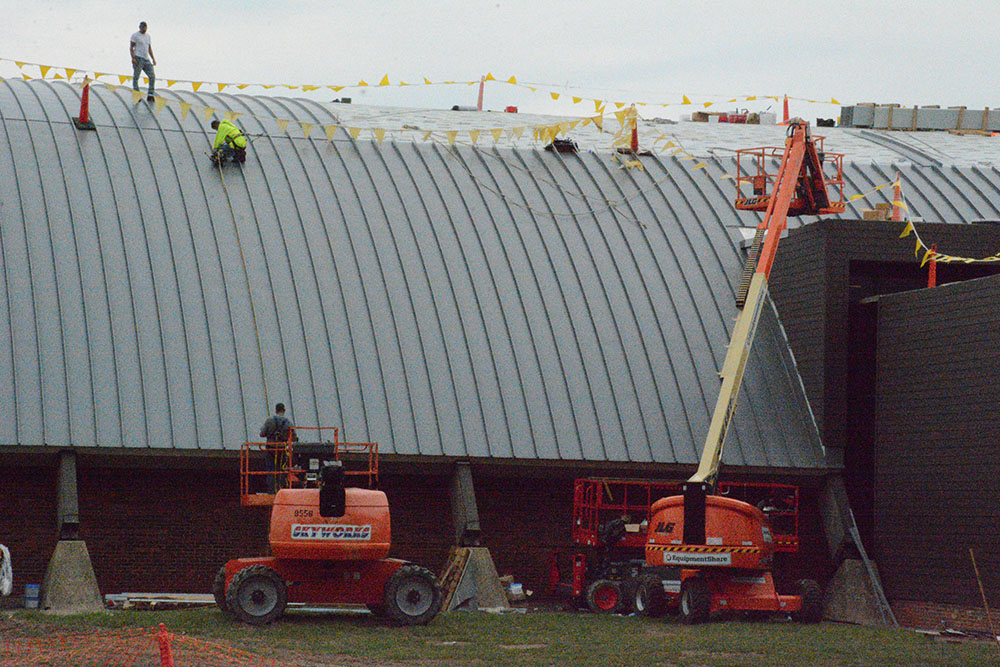 The Beachwood City School District is planning a reopening of the new and improved natatorium on Sunday, Oct. 24.

The event will begin at 12:30 with small group tours at 1:00 p.m., followed by a formal ribbon-cutting to celebrate the completion of a $2.4 million renovation project. Superintendent Dr. Bob Hardis and Mayor Martin Horwitz will cut the ribbon.

“The public is invited,” Hardis wrote in an email.

The pool has already opened for swim lessons, club, and swim teams.

“It will open for everyone on Monday, Oct. 25,” Athletic Director Ryan Peters wrote in an email.

The 40-year-old pool had deteriorated over time, making the renovation necessary.

In recent months, construction workers have installed lockers, lighting, a family changing room, a three-meter diving board, and a new pool deck.

They also installed a new standing seam metal roof that should last for fifty years.

“I really like it,” sophomore Dylan Ornstein said. “This is the first time they’ve [renovated] the pool since it was built. It’s a lot more modern and a lot safer.”

The district has been planning to renovate the pool for many years.

“There have been issues for years, and the school did some minor upgrading, but this was a major project and needed time to plan,” Natatorium Coordinator Brad Burget wrote in an email.

“When I arrived at Beachwood in 2010 I was on the pool renovation committee as part of the plans for the new High School,” Burget wrote. “The pool was eventually postponed until later. It was time [for an upgrade].”

In Feb. 2020, Beachcomber reporter Amy Chen wrote an article detailing some of the problems with the facility, including extreme heat and humidity, holes in the bulkhead, plumbing problems in the bathrooms, and corroded lockers. 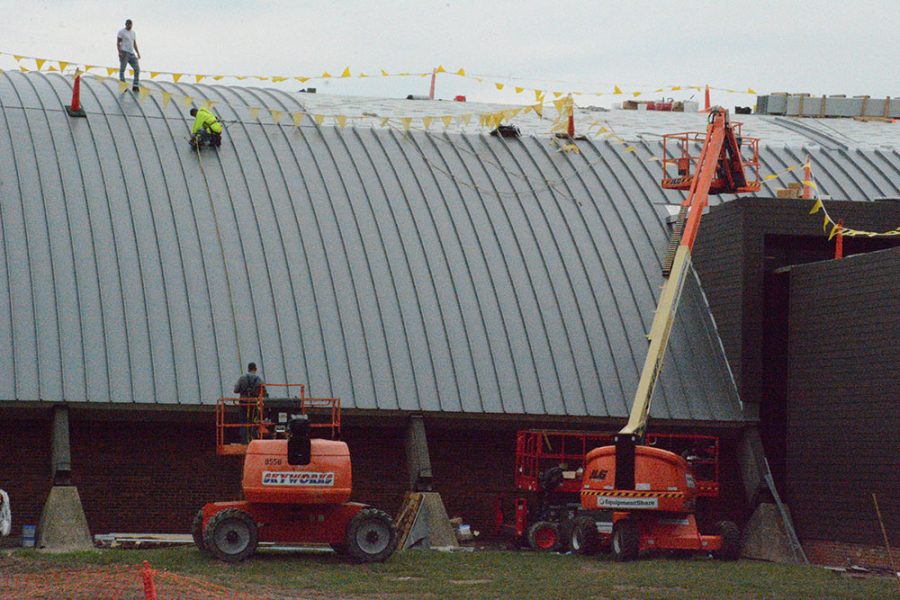 The district formed a natatorium renovation committee composed of staff, parents and students who made recommendations that were presented to the school board for approval.

“The school board approved the expenditures of this project at the recommendation of the superintendent,” Peters wrote.

“The school board approved the project about a year and a half ago,” Hardis wrote.

Hardis explained that the district borrowed against its Permanent Improvement (PI) funds to pay for the project.

Beachwood taxpayers have paid into a PI fund since a PI levy was passed in 1996. Due in part to the Beachwood City Schools’ triple-A bond rating, the district was able to borrow from this fund at a very low interest rate of 1.1% to complete the project without raising taxes. The district used the same process to pay for the stadium project in 2017.

Dr. Hardis explained that the disadvantage of borrowing money from the PI fund is that the district may need it for other projects but is confident this will not prove to be a problem.

As with many construction projects in recent months, supply chain problems have led to backorders on some items.

“We have a couple of items such as doors and toilet partitions that are delayed due to the manufacturing and shipping issues caused by the pandemic, however, this shouldn’t affect the use of the facility,” Koss wrote in an email.

Swimmers will notice that the natatorium has been freshly painted. New benches have been installed on both sides of the pool for comfort and for space for swim teams. The coaches’ offices have been modernized.

Our pool desperately needed significant renovations from top to bottom.”

Divers will be excited about the new high dive. The pool previously had only a one-meter dive, which is what most high schools have, but if divers hope to continue competing in college, they will need experience with a three-meter diving platform.

Some of the upgrades are intended to improve air quality in the pool.

Prior to the renovation project, the high temperatures and humidity levels in the pool were the most common complaints that administrators received about the pool.

Several years ago, prior to the renovation project, the district installed a large destratification fan to assist with the air temperature concerns.

The district has now installed a new boiler and air vents for safer and cleaner practices and a new ventilation system to help cycle the air, which also helps prevent the spread of COVID-19 and other infectious diseases.

“It was a major design challenge to figure out how to keep these large machines out of view and provide a great amount of space for them,” Hardis said.

Some of the upgrades were intended to maintain the pool’s compliance with the Americans with Disabilities Act (ADA). These include modifications to entrances and exits.

Beachwood has always focused on accessibility.

“Whether we had to or not, every renovation we’ve done in Beachwood, over time, we’ve always made buildings ADA accessible, it’s the right thing to do,” Hardis said.

“We also installed a handrail along the entrance sidewalk that was requested by the community,” Director of Operations Brian Koss said.

This will definitely help attract families for swimming and diving lessons which will eventually build a larger and stronger team.”

Entrances were changed to be more universal and inclusive of all gender identities.

Bathrooms have been modernized to be more family-friendly with a family changing room as well as separate stalls for increased privacy.

“We have accommodated everyone to the best of our ability, but the addition of our family changing room and shower should help everyone feel comfortable about coming to the pool,” Burget wrote.

Burget hopes that a more family-friendly locker room should increase participation in swimming programs from the bottom up.

“This will definitely help attract families for swimming and diving lessons which will eventually build a larger and stronger team,” he wrote in an email.

The upgrades have also improved morale on the swimming and diving teams.

“It’s a boost,” Ornstein said. “We got a new pool, so we have to try harder and show that it wasn’t for nothing. There were some kids who weren’t swimming, but they saw the new renovation and they wanted to try swimming.”