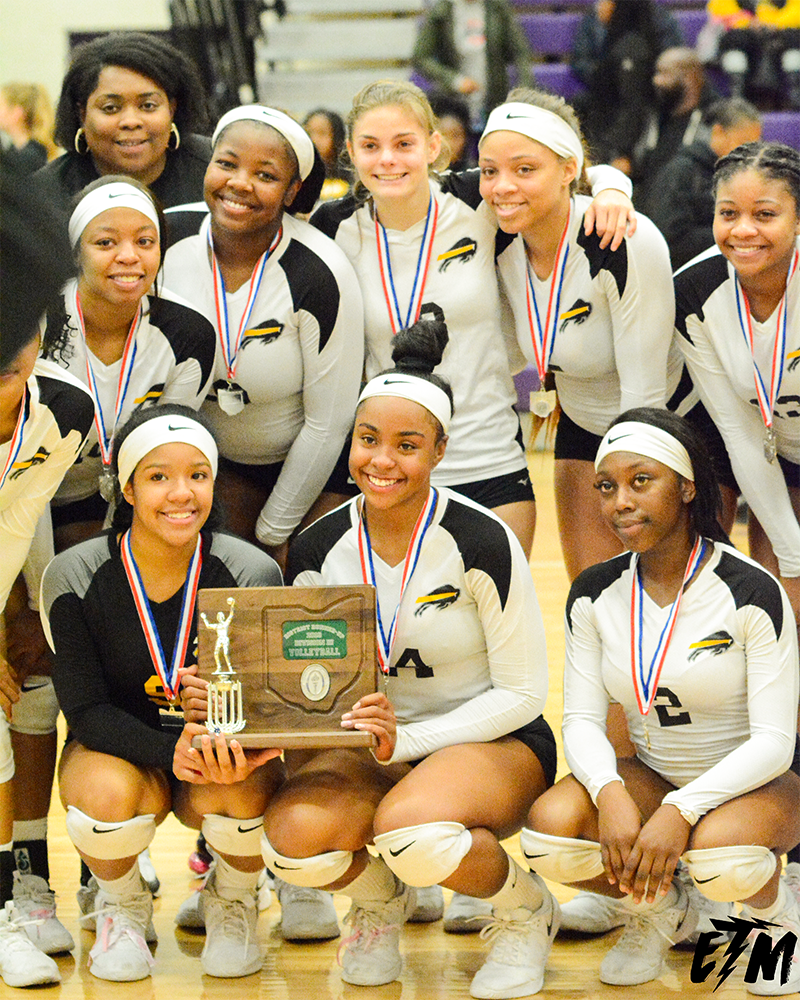 The team celebrates with their plaque: Division III District Runner-Up.

How Bison Volleyball Accomplished More Than Anyone Thought Possible

The Bison volleyball team gave all they had to give on the court on Saturday, Oct. 26, but lost 3-0 to Crestwood in the district final, putting an end to an unprecedented season.

The team shattered school records for their sport, earning a 20-1 record in the regular season and sweeping Kirtland in the district semifinal match.

And the season caps several years of tremendous growth for the team that won three games in 2017, then went 14-9 last year.

Cassidy Gilliam, two-year captain of the team, acknowledged that many were skeptical of the team’s ability to achieve what they have this year.

“[My teammates] definitely show me that even when you’re doubted, have a minimum amount of support, and are expected to lose, you too can beat the odds,” she said. 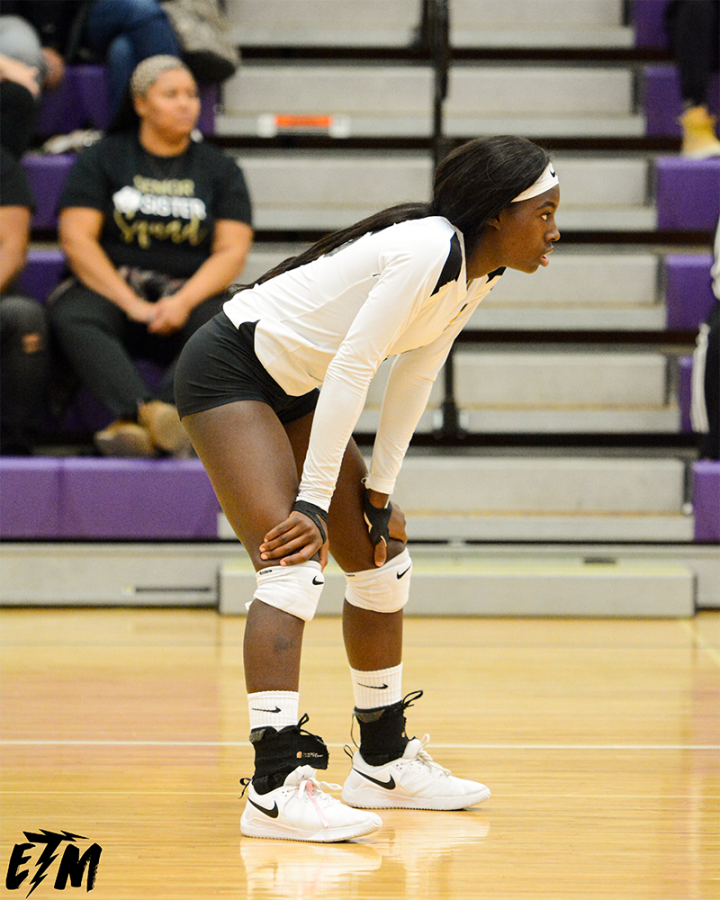 “Almost all of us started playing together in 7th grade, and we never thought we’d have a school record or even be CVC Champs… let alone make it to districts,” she added.

Coach Tiffany McFarland was hired to coach the middle school team in 2014 as well, moving up to the high school in 2017.

McFarland commented on the growth she has seen over the years.

“Coaching them two years in middle school and three years in high school shows their growth not just as athletes but as young women,” she said.

“Their transformation has been amazing,” she added. “The progression they made each year is a testament to hard work and dedication.”

“They have experienced a lot of ups and downs, but I feel as if they grew together the more they played,” she continued. “They matured and believed in each other and themselves.”

My teammates definitely show me that even when you’re doubted, have a minimum amount of support and are expected to lose, you too can beat the odds”

Petty commented on the team’s ability to communicate and work together.

“Whatever happens, we stick together,” she said. “No one can break our bond [or the energy] we have.”

“I couldn’t ask for a better team,” she added.

“They work as one cohesive unit, they are communicative and very energetic. It was inspirational,” senior Isaac Kanterovich said.

Junior Kyimani Miller has played varsity since her freshman year, and she has paid close attention to the changes in the dynamic of the team over time.

Their transformation has been amazing. The progression they made each year is a testament to hard work and dedication.”

“Our bond… was what changed the most from previous years,” she said. “We weren’t as close last year, and personal conflicts affected us.”

The teammates’ strong relationships helped them push through adversity this year.

“After the [loss to Chagrin Falls], we knew that there was no time to settle, and every practice had to be serious—no playing around,” she added. “Just because you are winners does not mean you can settle.”

“We have always lost to Orange, but we demolished them this year,” she said.

Gilliam is proud of the team’s achievements this season.

“Our story reminds me of a perfect example of beating the odds and remaining humble,” she said. “Looking back at our high school days, this team and what we worked for will always hold a huge place in my heart.”

Aletor looks forward to the prospects for next year.

“Next year we will have to search for more talent and build off of what we have,” she said. “But this year’s team is irreplacable.”