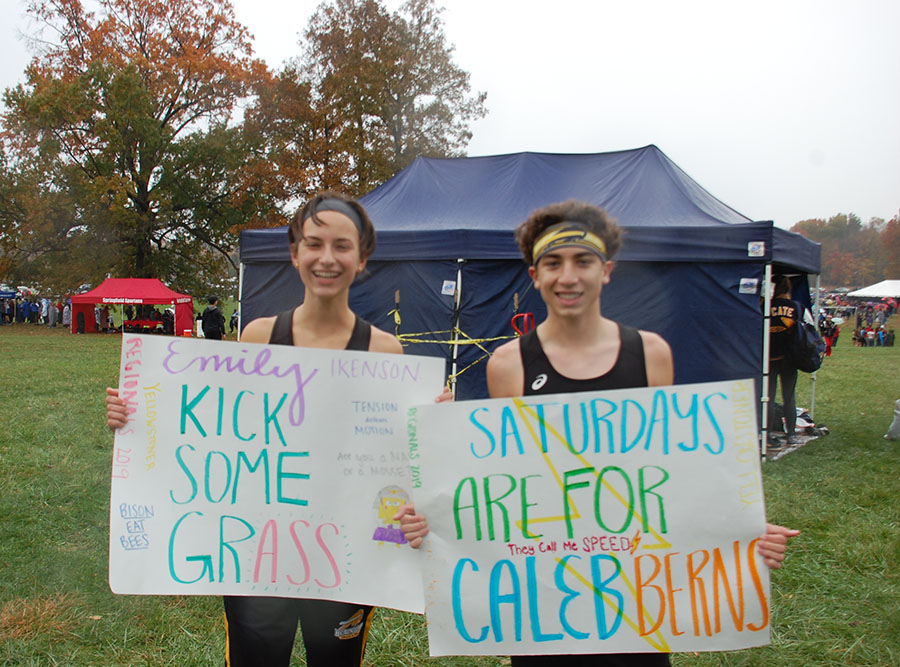 A week later, Emily and Caleb were joined by several teammates at Boardman High School to run the regional meet at what Head Coach Jamie Lader describes as “the most difficult course in Ohio.” (Vidula Jambunath)

A week later, Emily and Caleb were joined by several teammates at Boardman High School to run the regional meet at what Head Coach Jamie Lader describes as “the most difficult course in Ohio.”

It was a gray, rainy day on Saturday, Oct. 26 in Boardman, Ohio, but that didn’t mask the energy of the Beachwood Bison at the OHSAA regional cross country meet.

The previous week, two Beachwood runners placed in the top twenty of their respective races at the district tournament at Madison High School, qualifying them for regionals. Junior Emily Isaacson ran a personal record of 21:03 and placed 18th out of 89 girls, and freshman Caleb Berns ran a time of 17:35 and placed 19th out of 106 boys, making him the first freshman cross country runner ever to make it to regionals.

A week later, Emily and Caleb were joined by several teammates at Boardman High School to run the regional meet at what Head Coach Jamie Lader describes as “the most difficult course in Ohio.”

“It’s got every aspect…it’s got uphills, downhills, turns, woods, you name it,” Lader said. 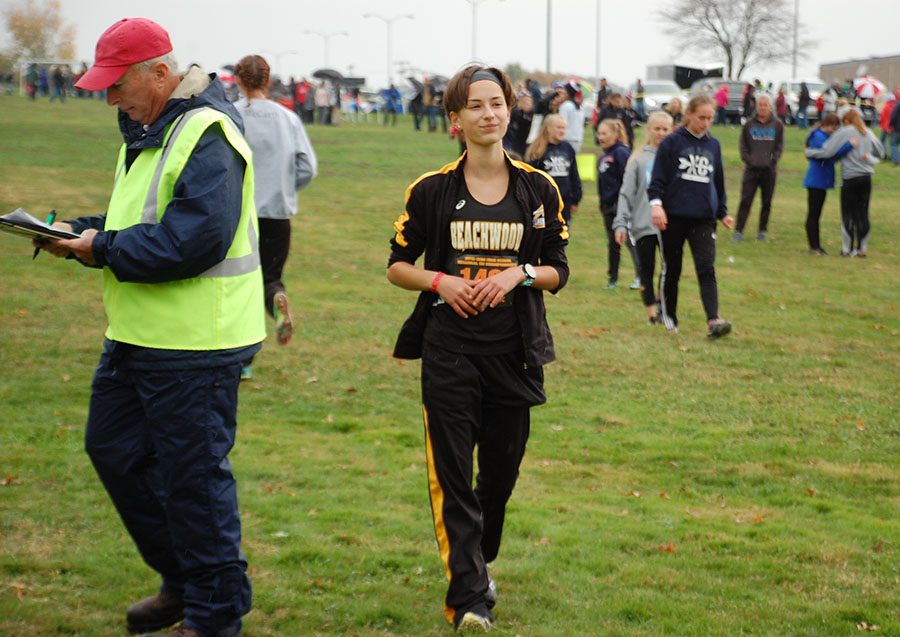 Assistant Coach Bruce Sherman is very proud of the runners.

“[I’m] extremely proud of them because Emily’s been fighting for three years and has improved, and she took her best time ever [at districts] to make it to regionals, and Caleb [earned his] best time, literally because one second either way…and he wasn’t going,” he said.

Berns was satisfied with his race and aims to make it to regionals again in the future.

“The race went great, I felt very good after,” he said. “Hope to be back next year, you know, [there is] a lot of talent still here, so it’s exciting.”

According to Isaacson, the course is definitely tougher than most, the hardest part being the hills. But that doesn’t diminish her great achievements this season.

“I’m really proud of how well I’ve done this season, and honestly I really didn’t think I’d make it this far,” Isaacson said. Her favorite part of the season has been how close the girls team became.

The last time Beachwood sent a girl to cross country regionals was Leah Roter in 2017, and for a boy it was Jack Spero in 2016, so it is significant for Beachwood to have runners making it to regionals. Coach Lader expressed how proud he was of Isaacson and Berns.

“This is why I got into coaching…it feels great, Lader said.

“It’s been a couple year hiatus, and it feels good to start to rebuild the team again, get to regionals.”

One Response to “Isaacson, Berns Advance to Regionals”