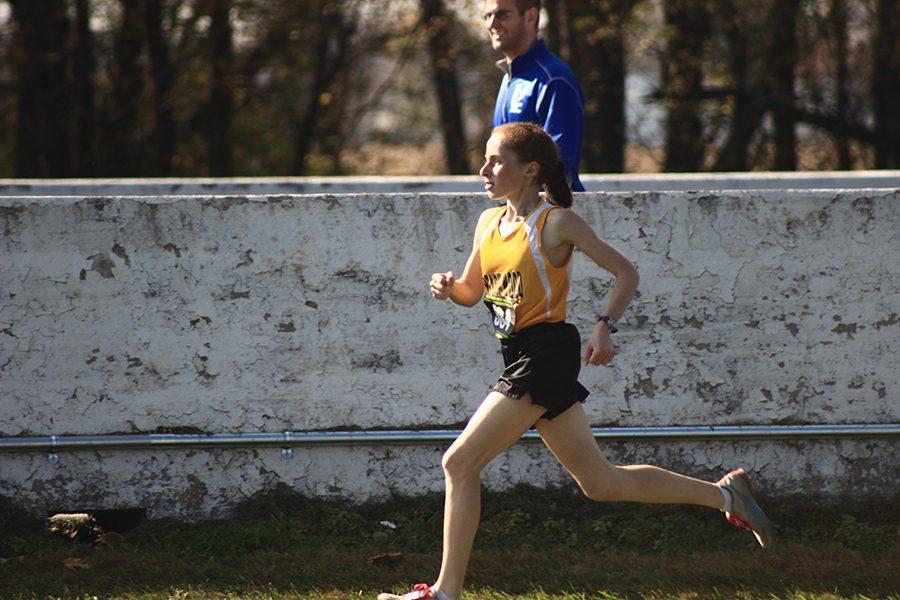 Roter ended her undefeated season with a stunning time of 17:55, becoming the first Beachwood athlete in history to bring home the state cross country title.

It seemed that the odds were certainly in Roter’s favor the day of the state meet. With good weather, a great course and indomitable talent, Roter started with a lead and never let it go.

“I was in the lead for the whole race, basically, so it was quite hard, but I managed to get first place,” she said.

“There are not enough words to describe how happy I am,” cross country coach Jamie Lader said. “This is the first state champion I’ve had the pleasure to coach.”

Assistant coach Dominic Velotta explained that Roter’s talent and preparation put her in position to win.

“The stars were aligned for her; everything fell into place,” Velotta said.

Despite tight muscles and strong competitors from southern Ohio and Chagrin Falls, Roter pulled through.

The coaches just told me not to worry, to just run my own race…and that’s what I did.”

“The team was there to support me, so that was really nice,” she said.  “And the coaches just told me not to worry, [to] just run my own race…and that’s what I did.”

But Roter wasn’t the only one celebrating. Many teammates came down to the meet to support her as well.

“The majority of the team [came]…they were just cheering me on the whole time,” Roter said. “People brought their trumpets, and they put stickers on their backs spelling out my name.”

In addition, the recognition Roter garnered fueled her motivation.

“I’m completely floored by the support she’s gotten from the school, from the administrators, from the district, from everybody; it’s been fantastic,” Lader said.  “I don’t think she would have done as well had there not been that support.”

Roter is also appreciative of the encouragement she has received from the school during her cross country journey.

Still, even with huge posters of her all over the school, she stays humble.

“I never felt like people would look up to me for running,” she said.

Many students certainly do look up to Roter, including freshman teammate Mira Wooley.

“Leah’s success has inspired me and probably the whole team because we all want to be like her,” Wooley wrote in an email.  “She’s an amazing runner, and I would be surprised if someone wouldn’t aspire to be like her.”

There are not enough words to describe how happy I am. This is the first state champion I’ve had the pleasure to coach.”

“I feel as though people look up to me because I work hard at what I’m good at,” Roter added. “I feel honored.”

Currently, Roter is taking a small break from running, only training once or twice a week.  But soon, the track season will be starting and Roter will be back to her grueling workouts.

Velotta highlighted the fact that Roter never goes easy on herself when it comes to practice–that she has only one gear.

“Her only way to race is to race hard,” Velotta said.

Roter’s coaches are hoping she can become a repeat state champion next year.

But her dominance on the cross country course makes an upset unlikely.

“I’ve seen her go from a good runner to someone who is completely tearing the sport apart,” Lader said.  “The fact that she’s doing this is just fantastic.” 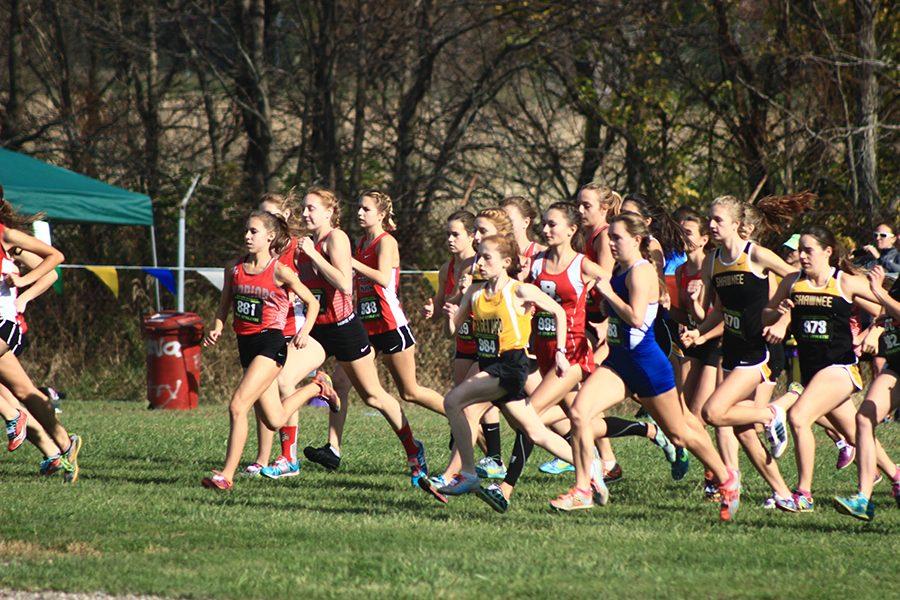 Gallery|5 Photos
Roter at the start of the Nov. 5 state meet. Photo by Jakin Wu.