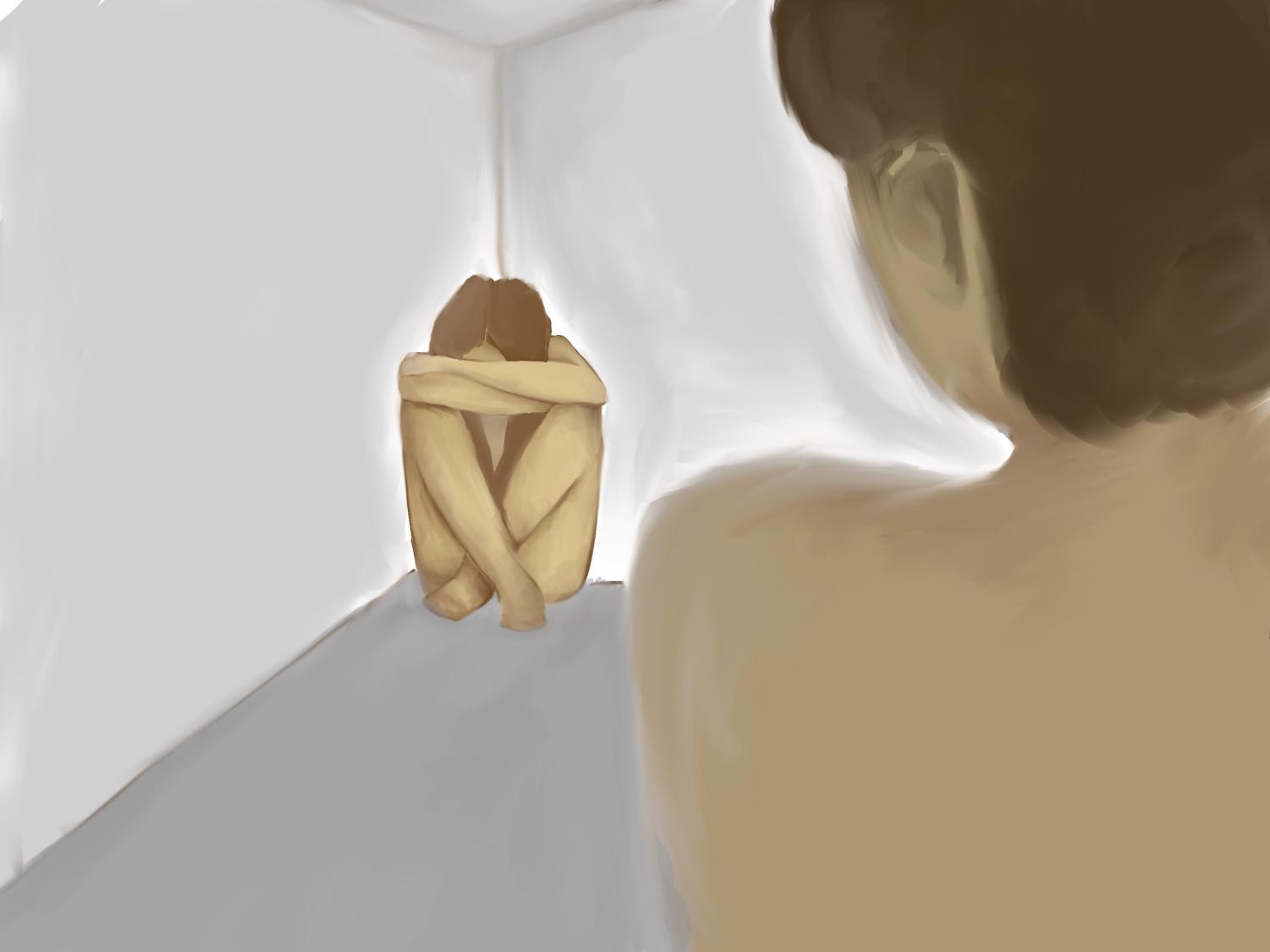 Many foster children were put in the system because they were already subject to abuse. Additionally, children experience high rates of abuse within the system. (Ana Ribiero Duares)

Children in Foster Care Face Profound Obstacles, and There are Not Enough Families Willing and Able to Provide Care

Nineteen-year-old Meredith Hunter, whose name has been changed in protection of her identity, was in the foster care system from ages 14 to 18.

Hunter lived with an alcoholic mother before being put in care of her brother and then into the care of her grandparents. Eventually she was kicked out of their home after becoming pregnant at the age of 14.

Hunter was then placed into the foster care system, where she was placed in a series of  different homes until she aged out of the system at 18.

“I’m not sure of the number [of homes I lived in], but it was no more than ten,” she said.

She describes her experience as “pretty crappy.”

As of 2019, there were some 424,000 American children in foster care in the United States. That same year, 20,000 people aged out of the foster system with no permanent family support.

Children in foster care face many challenges. One of them is education.

Most kids in the system change schools one to two times a year. That causes them to have a huge lack of stability in their everyday lives.”

A 2020 report by Partners For Our Children found that children in foster care in Washington State were more likely to be suspended, less likely to graduate high school and less likely to continue with post-secondary education.

One cause of this is that foster kids frequently have to move and change schools.

“Most kids in the system change schools one to two times a year,” said BHS SAY counselor Heidi Tolchinsky, who has had foster children as clients. “That causes them to have a huge lack of stability in their everyday lives.”

“I went to a new school every time I was placed in a new home,” Hunter said.  “The schools would lose track of my transcripts and credits.”

It is difficult for students to complete their education at a new school if the previous school does not immediately release transcripts to show what courses they have taken and what classes they should be placed in. This makes it more difficult for a child in foster care to graduate high school on time, and is likely to prolong their time in high school.

Furthermore, it is more difficult for a child in foster care to complete school on time due to the neglect, maltreatment, and/or abuse they are likely to have experienced.

Hunter also experienced abuse while in the foster system.

“There was no physical abuse, but there was verbal and emotional,”  she said.

Since children in foster care commonly lack a secure feeling of structure and consistency, they tend to seek activities  such as hobbies, sports or friends who can keep them grounded. At younger ages, kids tend to have stuffed animals, blankets, or a favorite toy that gives them a sense of home.

Hunter explained that what kept her grounded was her son.

She had her son at age 15, and he became the one thing that kept her from going crazy. He was her safety, security and sense of home when she did not have a stable home of her own.

Hunter was not only stuck in the foster care system, she was stuck in foster care with a child of her own. That made her situation much more difficult. She spent her teenage years responsible for taking care of herself, completing school work, hoping and praying that she did not have to move homes soon and still take care of her baby.

The system did help with her son. The County provided her a crib along with a few clothing vouchers. Meanwhile, the families she stayed with were not much help.

“[The state gave] my foster parents money for me, but they kept it and did not help with buying anything,” she said.

Upon her release from the foster system,  Hunter was provided with a few items from the state to help her begin her life on her own. When exiting the system, young people such as Hunter can seek assistance through a program called Bridges that helps them pay for rent and provides aid for basic necessities and groceries.

The Bridges program is open for people newly released from the foster care system. Hunter found it to be very accessible.

Unfortunately, however, Hunter’s story is only one of many. As of 2021, Cuyahoga County is estimated to have around 700 children available for adoption, a statistic that is larger than that of Franklin (Columbus area) and Hamilton (Cincinnati area) Counties combined. These children are all in severe need of a family and of a home.

Numbers have increased dramatically in recent years. According to data from The Center for Community Solutions, the number of children in foster care in Cuyahoga County spiked by about 20 percent in 2018 alone. Behind these statistics, however, lies even more problems.

One significant factor in recent years has been the opioid epidemic creating unsafe conditions for children at home. The foster care system is a Pandora’s box of other public health issues, and these issues are often closely linked.

According to a report by the National Conference of State Legislatures, children of color are disproportionately represented in the foster care system, and they are more likely to suffer negative outcomes.

As of 2021, Cuyahoga County is estimated to have around 700 children available for adoption, a statistic that is larger than that of Franklin (Columbus area) and Hamilton (Cincinnati area) Counties combined.”

A study of the Florida foster care system during the pandemic found that Black children are less likely to be removed from dangerous homes.

“Both before and during the pandemic, Black youth were less likely than White youth to be removed for maltreatment – with especially low rates of removal for parental substance abuse and physical neglect,” the study found. “The pandemic shifted the experience of Black youth, as these youth were removed less often in the context of the COVID-19 pandemic for inadequate supervision, emotional abuse and neglect, and parental alcohol abuse, but slightly more often for parental drug abuse.”

Though children of color and white children are statistically maltreated at the same rate, a child of color is less likely to be removed from the toxic environment in which they are being maltreated, abused or neglected.”

One of the most shocking stories of the foster system failing a child happened here in Ohio in 2006.

According to WPCO Cincinatti, Marcus Fiesel was a three-year-old boy with autism who was left to die by his foster parents. Marcus had been removed from the home of his biological parents at the age of two. He had already lived in several foster homes with different foster parents.

In the summer of 2006, Marcus’s foster parents David and Liz Carroll went to a family reunion in Kentucky.  The Carrolls brought their own children and even brought the dog; however, they didn’t want to take Marcus with them.

They wrapped Marcus in a blanket sealed with packing tape, his arms taped around his back, and they left him in a locked closet. Marcus was left without food or water, and he couldn’t breathe. The temperatures in the closet reached well over 100 degrees that weekend. When the family came back home they could not have been surprised to find Marcus dead in the closet from suffocation and malnourishment.

Once the story broke, not only were the foster parents charged, but also the foster care agency that should have been overseeing his placement was investigated.

According to news outlets, there had been previous reports of abuse.

One critical issue in the Fiesel case and others is the response time for case workers to visit homes where abuse or neglect have been reported.

A 2021 report by Case Western Reserve University argues that Cuyahoga County’s rate of child deaths due to abuse and neglect is much higher than the national average, and that a more timely and coordinated response is needed to reduce this rate.

A Critical  Need For Foster Parents

Lots of people ask “well what can I do to help? What children in foster care need is a person to be there for them and support them even when times get rough, even when they are pushing you away. Most of the children in the system have had an unimaginable loss of loved ones or just people whom they trusted and who they believed were there for them and in reality were not.

Unfortunately, there is a critical lack of foster parents within the system. According to the foster care agency Pathway Caring for Children, there are over 16,000 foster children in Ohio, and 7,200 licensed foster families.

According to Tolchinsky, foster parents go through an extensive vetting process. They must go through extremely detailed background checks, interviews and training. Social workers consider the  prospective parent’s location, criminal record, income, and house size. These factors are imperative for determining where a child lives until adulthood.

The child welfare system may seem impersonal and harsh, but in actuality it is an intensely intimate process and one that has a real human impact. The US Department of Health and Human Services reports that the percentage of children in foster care who experienced maltreatment while in care decreased by a whopping 10.3 percent between 2015 and 2019. A positive experience in a foster home – even though temporary – can make a tremendous difference in a child’s life.

Individuals and families interested in fostering should apply with the Cuyahoga County Department of Health and Human Services.