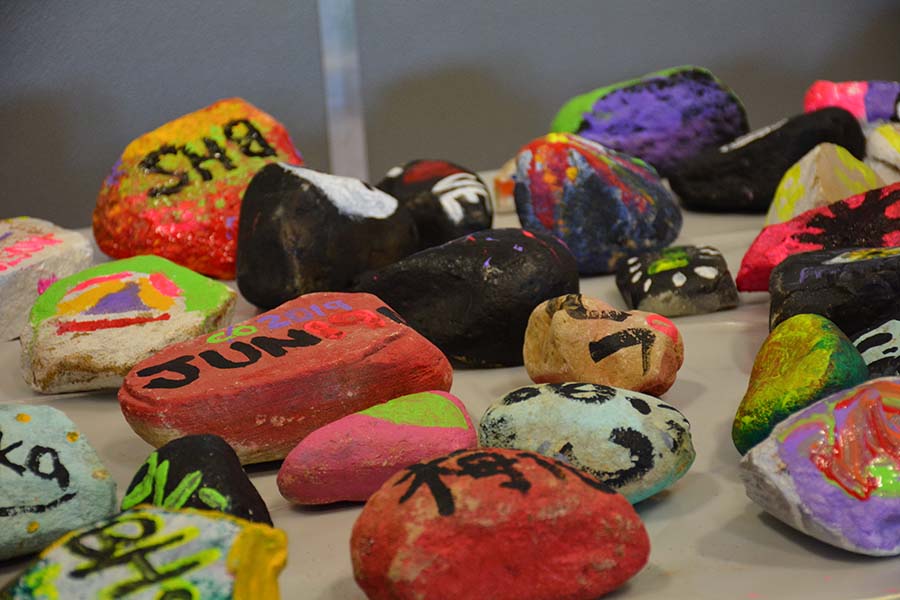 Students had the opportunity to paint rocks as part of the One Bison Campaign. (Amy Chen)

Students had the opportunity to paint rocks as part of the One Bison Campaign.

Many Cultures, One Bison

The Beachwood Schools, Beachwood’s Marketing Excel Tech program, and community partners, alarmed at the rise of racial tension among students, collaborated to create the One Bison campaign.

On Feb. 26, BHS held its first One Bison Summit, a day to celebrate diversity and promote school unity. The summit had two main goals: discuss the issues openly and inspire students to rethink their actions.

“We had been meeting with several students throughout the year about their experiences… and one of the sentiments they consistently shared with us was there was very rarely an opportunity for students to engage in a meaningful, candid discussion with each other or with staff members about some of the issues that were brought up at the summit,” Principal Tony Srithai said. “It appeared to us very obviously that they’re hungry for that conversation to take place, so we wanted to set up the structures for them to have that dialogue.”

“Feed your soul what it needs to be happy,” Strayhorn’s voice boomed. “I am most happy when I am myself. Be courageous.”

Many students chose not to come to the summit and many others came reluctantly. But the entire audience found Strayhorn relatable and his speech captivating. They were inspired to participate in the difficult conversations that followed.

“I did not take an actual numeric count for who was not present, but [checked that] all absences were approved by a parent/guardian,” Assistant Principal Ryan Patti wrote in an email. “I’d estimate that 75% of the students were present.”

Another speaker was Dr. Steven Kniffley, who talked about how diversity is portrayed through media.

“Dr. Kniffley talked about the history of diversity and how it’s portrayed in movies, music, TV, and how different races are portrayed in those different media,” Srithai said. “He really drives home the point that students really need to be critical consumers…”

We had many students express that they would like more time to continue their facilitated discussions, which is what we were hoping for: to continue the conversation.”

Student leaders and staff, who trained with the Diversity Center since August, worked together to plan the summit.

“Other than logistics and a few random details, the students were the ones primarily doing all the planning,” sophomore Lena Leland wrote in an email. “When we were with the teachers we were working with, we tried our best to get out of the habit of raising our hands to speak, since we were practicing the idea that we are all equal while facilitating on the actual day and in the planning process as well.”

“You can’t force people into conversations like this,” said social studies teacher Pam Ogilvy, a member of the One Bison planning committee. “That kind of thinking doesn’t lend itself well to having a productive conversation, so you have to meet people where they are, and that’s something that’s really hard to do with 550 kids.”

Many students and staff members believed the summit was an opportunity to strengthen our school.

“I think devoting a day to this conversation on diversity is a positive in and of itself. I think the conversation has been long overdue, and I think that it shows the students that the administration and the staff are all on board not only with discussing diversity in the classroom but also celebrating it in our district,” Ogilvy said.

“There’s this sense of isolationism where…[there is a] lack of [connection]” Srithai said. “I just know that we want to make everyone feel welcome; but also, a part of something bigger – not just here at Beachwood but a broader global community.”

“I was very pleased with how the summit went,” planning-committee member and senior Gabriela Rodriguez wrote in an email. “Many students enjoyed the keynote speaker and the facilitated discussions. In fact, we had many students express that they would like more time to continue their facilitated discussions, which is what we were hoping for: to continue the conversation. I think the summit also got good word-of-mouth because several students who missed the summit expressed a desire to be a part of the One Bison Campaign.”

I think devoting a day to this conversation on diversity is a positive in and of itself. I think the conversation has been long overdue, and I think that it shows the students that the administration and the staff are all on board not only with discussing diversity in the classroom but also celebrating it in our district.”

There were two main critiques of the summit. First, some students felt that the speakers could have been more interactive, and second, students wanted more time for small group discussions.

“There wasn’t a whole lot of time to unpack what was said in the small groups, so I think providing kids with time to do that would have helped a little bit,” Ogilvy said.

Many realize that this should not be a one-time event, but instead it should be the foundation for future conversations and speakers.

“I don’t think one time is enough. I think this is something that needs to be done maybe three times a year, so that we can continue to put in the work and hear voices that need to be heard,” English teacher Todd Butler said.

“We didn’t want the summit to be a one-off event,” Srithai said. “It’s a spring forward into an ongoing conversation, not just the remainder for this year, but it lays the foundation for work that we might pursue into next school year and beyond.”

The planning committee is already working on future events and meetings. Last Wednesday morning they held a discussion, eager to build on the success of the summit. They are recruiting students interested in leading future events with the One Bison campaign. If interested, contact a Summit staff leader.

“It was our first time doing something like this, so of course there are some kinks we need to work out for the next time;” Leland said. “We understand it wasn’t perfect. However, overall, more students showed up than expected and people overall really enjoyed it.”

“We recognize that students want to play a part in the work moving forward, and we are constantly seeking input, feedback, questions, concerns,” Srithai added. “…know that it’s something that the teachers take seriously, and it’s work that we want to continue along with students.” 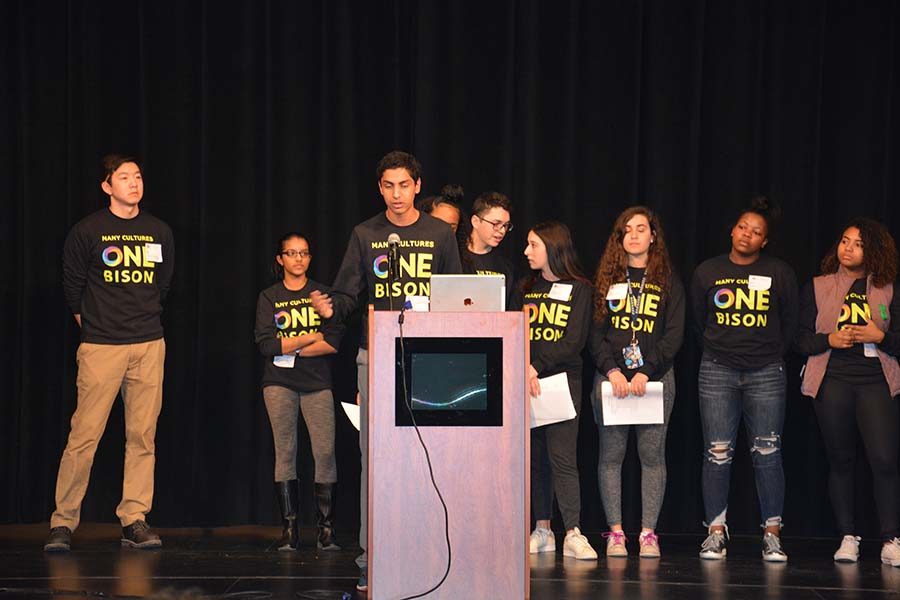