A Tough Year For Sports 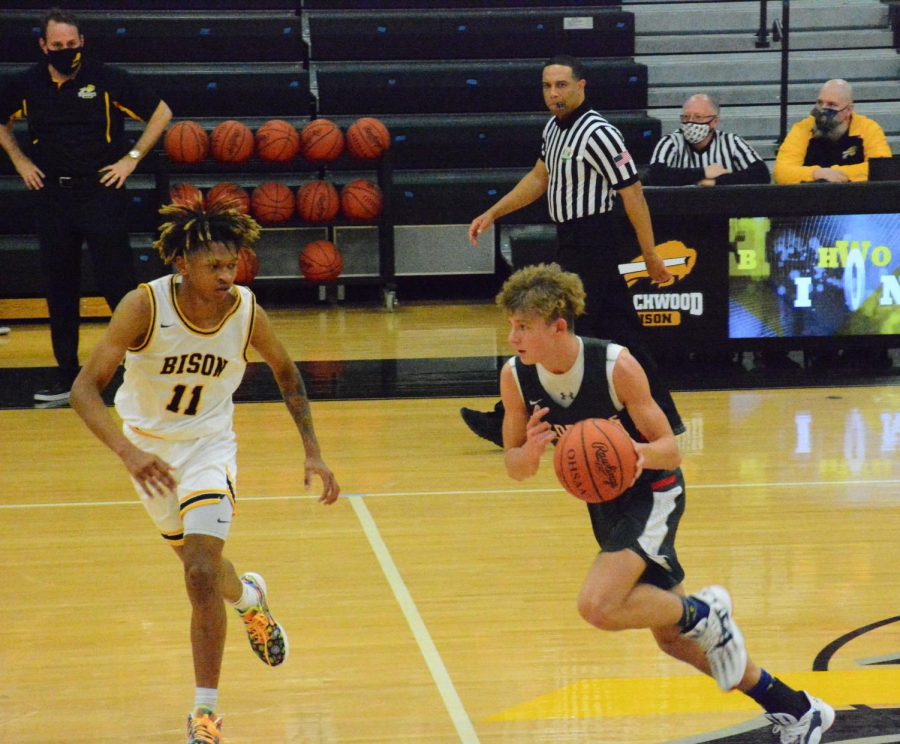 Sports have been significantly affected by the COVID-19 pandemic this year.

¨[We were] affected a lot, I think, because we [had a shorter season] due to [pandemic] protocols,” senior point guard Daryl Houston said.

In addition to missing out on much of their season, the team wore masks during practice and played with few fans in the stands, which affected the sense of spirit and support they received.

“All [fans could do was] watch the live stream, so that was a bummer,” Houston said.

The pandemic has affected attendance for outdoor spring sports as well.

“Some people are even scared to leave their home due to COVID, so some people think it’s not worth coming out to the game because they might catch the virus,” senior football player Liam Torres said.

Senior Madison Prince, who plays basketball and soccer, emphasized that athletes had to be careful to stay safe.

“We follow[ed] all protocols and just make sure we [were] aware of every [risk we took] because the health [of the whole team was] on the line,” she said.

Even outdoor sports have had to implement protocols for safety.

“We have to watch how we practice in groups and also watch how we travel on the bus,” Torres said. “It’s been difficult but we all are trying to get over it and just taking it day by day.”

“I feel like we have handled the situation great, following protocols, making sure coaches and athletes are on board with all the protocols and just keeping everybody safe,” Peters said.

Teams also had to compete with less preparation than usual.

“We have not got a lot of time to practice, so we really have to just go out and play the game with whatever we got,” boys soccer coach Brian Greene said.

Recruitment may have also been affected by the pandemic.

“Some players from last year have not come back to play because they are scared to bring this virus back to their home,” Greene said.

“Some kids probably did not even play baseball this season because they are putting their family at risk so they just choose not to play and miss out this season,” Torres said.

Peters explained that winter athletes experienced a lot of added stress this year.

“[They didn’t] know when [their] season [would] be over, so basically they really just live[d] with constant fear with their season being on the line,” he said.

But the teams were able to adjust.

¨We really just [went] with the flow,” Houston said. “We really live[d] with caution because our season was on the line and could [have ended] at any point of time.¨

Nonetheless, athletes appreciated that they were able to have a senior season, which is important for players hoping to advance in their sport.

¨This can make or break a senior’s [opportunities to play] at the next level, and it can open so many doors,¨ Houston said

“We just want to play,” sophomore baseball player Luke Bennett said. “We really did not ask for this… We just want to enjoy our time in high school.”