Fast-Paced Warrensville Tigers Defeat Bison in Second Round of Playoffs 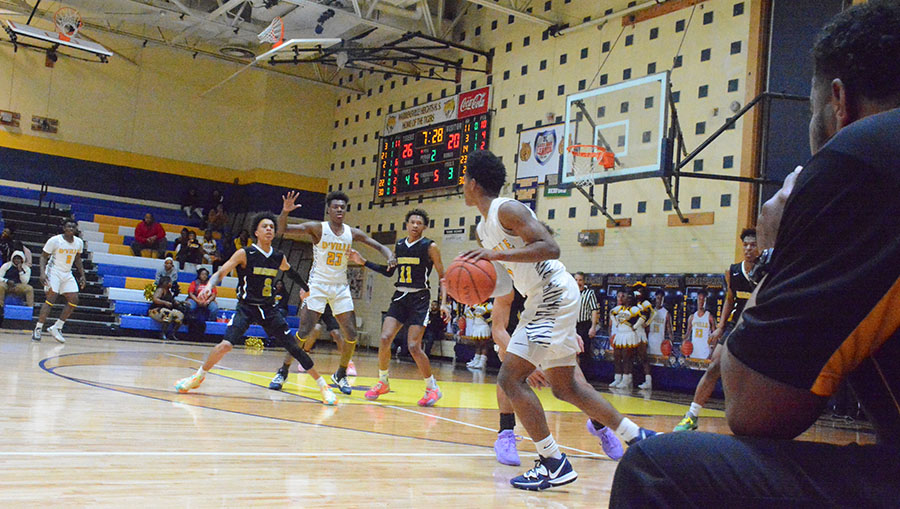 The Bison playoff run was cut short last night in the second round with a loss of 88-58 to the Warrensville Heights Tigers.

Bison assistant coach and class of 2016 grad Jalen Davis commented after the game.

“The Warrensville team came out more aggressive, which allowed them to take a lead early on,” he said.

The game was held at Warrensville Heights High School, and the Tigers took advantage of their home-court advantage.

Arnold started his three-point barrage early in the game, scoring 11 points in the first quarter.

Beachwood guard Daryl Houston put up 10 points in the first quarter for the Bison.

Warrensville Heights came out of the gates shooting threes, and it seemed like they just wouldn’t miss. The Tigers play a very fast-paced game, and the Bison were keeping up. The score at the end of the first quarter was 26-20.

The Tigers went on a 13-2 run dominating on the boards, grabbing every rebound, boxing out and capitalizing on Bison mistakes. By the end of the first half, the Bison were trailing by 20 points, 46-26. The Tigers’ defense had held the Bison to only six points in the second quarter.

The Bison gained some ground with a 9-2 scoring run led by Houston in the first half of the third quarter. The Tigers were attempting to slow down the game, which was outside of their comfort zone, as they seemed to thrive on speed.

The Tigers realized they had to speed up their style of play halfway through the third quarter and made the necessary adjustments. Warrensville Heights forward Deangelo Bell and  Arnold went on a roll after the adjustments were made.

Suddenly it was the end of the third quarter, and the score was 61-44 Warrensville Heights.

Bison leading scorer Daryl Houston finished the game with 24 points and nine rebounds. The Bison were also led by Junior Guard Moe Jones, who put up 12 points in the game.

“We really didn’t play great defense today, but we are basically going to have the same team for next year, so we’ll be fine,” he said.

Bennett has his eyes on the goal for next season:

“[I hope to] win the state championship,” he said.

“Our leading scorer [Houston] is coming back next year, so we are excited to see the growth of this team,” Davis said.

With only two seniors, guard JeShaun Minter and forward Kylan Clark, the Bison have a young team and are eager for next season.

Warrensville Heights will play Fairview in the third round of the playoffs on March 2nd at Bedford High School.