Winter Homecoming Court to be Selected Next Week

Top 3 Ballots to be Sent to Students on Tuesday 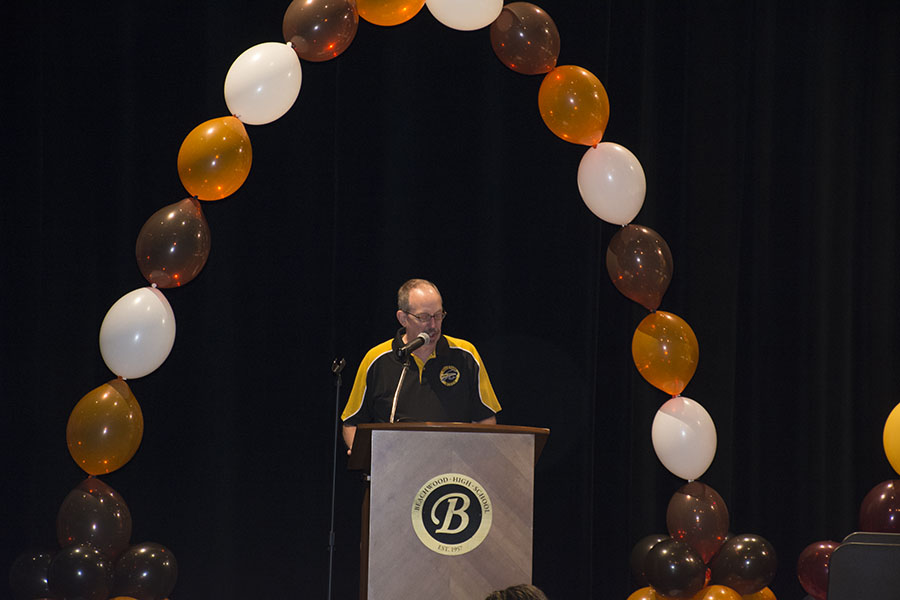 Many seniors will be happy to learn that the Top 12 elections will become another beloved tradition lost to COVID-19.

“The Top 3 ballot will go out to the student body on Tuesday, Jan. 19,” Students Activities Director Craig Alexander wrote in an email. “Spirit week virtual events and dress-up days and virtual events will happen that week.”

“Winter Homecoming King and Queen will be announced at the basketball game halftime on Friday [Jan. 22],” he added.

At each assembly, Top 12 candidates show off their silly costumes and introduce themselves to underclassmen. The student body selects candidates in a series of votes, narrowed to Top 6, then Top 3, then finally the top candidate is selected for Homecoming Queen or Snoball King.

Senior Sabrina Fadel, who was selected among this year’s candidates, commented on what she loves about Top 12.

“[The Top 12 event is] a chance to show our spirit, and it’s a senior tradition that I enjoy every year,” she said.

This year seniors opted-in if they wanted to be considered for Top 12, and then were selected by a series of votes in October, but the final vote was delayed due to the rise in COVID-19 rates and Cuyahoga County’s stay at home order.

Homecoming was cancelled this year due to COVID concerns, but administrators worked to preserve Top 12.

“I would still like to have the BHS Homecoming King and Queen process,” Beachwood Principal Paul Chase stated in an email in early October.

The plan at the time was to announce winners at the basketball home opener.

“We will have voting, a virtual videotaped Top 12 and the BHS Homecoming King and Queen will be announced during half time of the first boys’ home basketball game in December” Alexander wrote in an email in November.

Unfortunately, the basketball season was later postponed to start on Jan. 4, with little information regarding the crowning ceremony. Students were left to wonder what would happen with Top 12.

“I have not been given any information regarding the cancellation or further postponement of the event, but I’m sure that with the announcement of our return to school, we will be hearing about other school events soon,” Fadel said in December.

The status of the event remained unclear, yet the contestants remained optimistic and understanding.

“I would be a little sad to never know who won, but I would understand and just be happy I made it this far,” Amanda Bendis said.

In October Chase expressed sympathy with students who are disappointed about changes to beloved school traditions such as Homecoming.

“I understand how they feel,” he said.  I think many people in our country and around the world are missing or postponing important events in their lives.  I am very happy to have in-person learning, athletics, and extracurricular activities.  I am thankful for the opportunities that we do have.  I do not and will not jeopardize what we have that is working.”