Hate Crime on the Rise 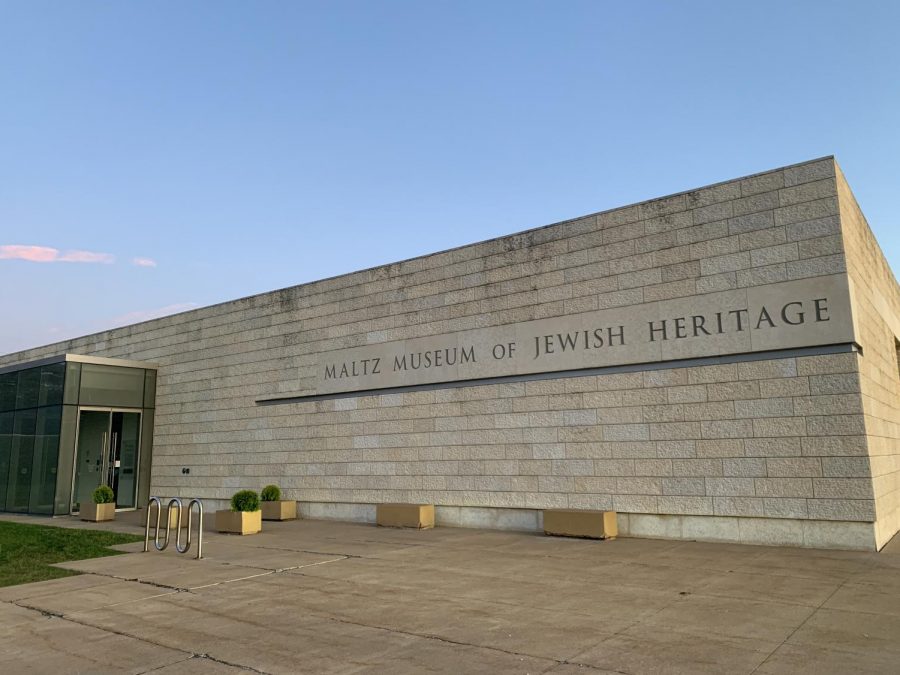 An anti-Semitic flyer was posted on the sign in front of the Maltz Museum of Jewish Heritage in July.

David Johnson went back-to-school shopping with his wife and granddaughter on Aug. 3 at a Walmart in El Paso, Texas. Arturo Benavides, a war veteran, was checking out at the cash register. Jordan Anchondo was shopping with her husband with their two-month-old son.

These innocent people were among the 22 killed and more than 20 injured in a mass shooting that afternoon. The shooter purchased the weapon legally, and was targeting people of Mexican descent.

In the past several years, the US has faced increasing racial tensions and higher rates of hate crimes. A new report from The Center for the Study of Hate and Extremism, headquartered at Cal State in San Bernardino, found that hate crimes rose 9% in 30 major American cities in 2018.

Beachwood has not been immune from these increased tensions.

“It’s kind of devastating really…,” Ali said. “…I feel really deep sorrow for the people it’s affecting. There are people who actually think these lies, actually hate someone they don’t know just because they have a different skin tone…”

“[A hate crime is a] ‘criminal offense against a person or property motivated in whole or in part by an offender’s bias against a race, religion, disability, sexual orientation, ethnicity, gender, or gender identity,’” according to the FBI.

Beachwood Police Chief Gary Haba explained that it is important to differentiate between hate crimes and hate speech.

““Hate crimes” are defined only under federal statutes (18 US Code 249) and basically require bodily injury,” he wrote in an email. “In Ohio, we have a law called Ethnic Intimidation (ORC 2927.12) which enhances the crimes of Aggravated Menacing, Menacing, Criminal Mischief, Criminal Damaging, or certain Telecommunications Harassment if the reason for the crime can be linked to race, color, religion or national origin.”

“Hate speech is another matter in which people may say or write hurtful things based on race, religion, gender identity, national origin, etc,” Haba continued. “If there is no threat included in the speech, it is often difficult to relate it to a ‘crime’. In Beachwood, we do deal with these types of things, but I would not say it is frequent.”

Hate speech has been seen within the Beachwood community and Beachwood Schools as well. The Maltz Museum of Jewish Heritage was a target of anti-Semitism on July 18.

“An anti-Semitic poster was posted on the electronic sign in front of the Maltz Museum of Jewish Heritage in Beachwood, apparently as part of a coordinated attack on houses of worship and Jewish organizations in several states,” according to the Cleveland Jewish News.

“This incident is representative of an [increase] in anti-Semitism [and] hate…across all kinds of communities,” she said.

“Hate has no boundaries. No one is immune from hate,” she added. “…Whether through gender, [sexuality], religion…there is someone out there to put [them down].”

The person who posted the flyer was not charged.

“The only real crime that was committed…[was] trespassing…there is no direct threat with it,” Haba said. “Had we learned who actually [posted the flyer,] … we probably could have charged him/her with trespassing, possibly with menacing…”

The Beachwood Police Department investigated the flyer, which was identical to other flyers posted around the country.

“The flyer, which was posted in an obscure location, was investigated by our department and our incident was shared with partners as there were identical flyers posted throughout the United States,” Haba wrote in an email.

On July 11, James Patric Reardon posted a video on Instagram expressing anti-Semitic sentiments. The video shows him firing a gun with the sounds of screams and sirens in the background.

The Instagram post referenced a Jewish Community Center in Youngstown, and it also identified the center’s location. Reardon was taken into custody, and authorities later found anti-Semitic and white nationalist propaganda, semi-automatic weapons, rounds of ammunition, a gas mask and bulletproof armor in his house.

Haba explained that the Beachwood community has fortunately not seen a major rise in hate crime.

“We got a couple of [bomb threats a few years ago],” Haba later added. “…[T]hey were happening all over the country to a lot of Jewish institutions…we got a couple at the JCC…[but] it was a hoax…”

When hate crimes do occur, the Beachwood Police Department is in contact with other law enforcement organizations.

“…[W]e robustly share information on potential or actual occurrences with the FBI, other local/state agencies, the Jewish Federation of Cleveland and others,” Haba wrote.

“Because we are a racially diverse city and have a higher-than-average Jewish population, we are more tuned in on these types of issues than many cities,” he wrote.  “But the issue is widespread throughout the country and world, so I would say that it is not a ‘bigger issue’ here. Only that we must be more alert to the issue here than what I would consider typical.”

“We work closely with federal and local partners to share information and alert each other when potential threats are discovered.  We [also] vigorously promote the “See Something, Say Something” campaign and provide training to Beachwood institutions on what to look for and who to report information to and when,” he added.

Beachwood students have expressed their concern regarding increasing hate crimes this year as well.

“I am really upset…[considering that] the more that we are being…more accepting, the more hate [people get],” sophomore Claire Weaver said.

Weaver is a member of the BHS GSA (Gender and Sexuality Alliance). She explained that communication and education is a key factor in preventing hate crimes.

“I feel like part of…[the reason for hate crimes is] because there’s just misunderstanding or miscommunication…I feel like if people could learn about these different races and cultures  and perspectives, everyone could be a lot more together.”

Ali added that education and acceptance are key factors in preventing hate crimes.

“Differences are [important],” Fisher said. “Debate is good…but the skill we need to activate is listening.”