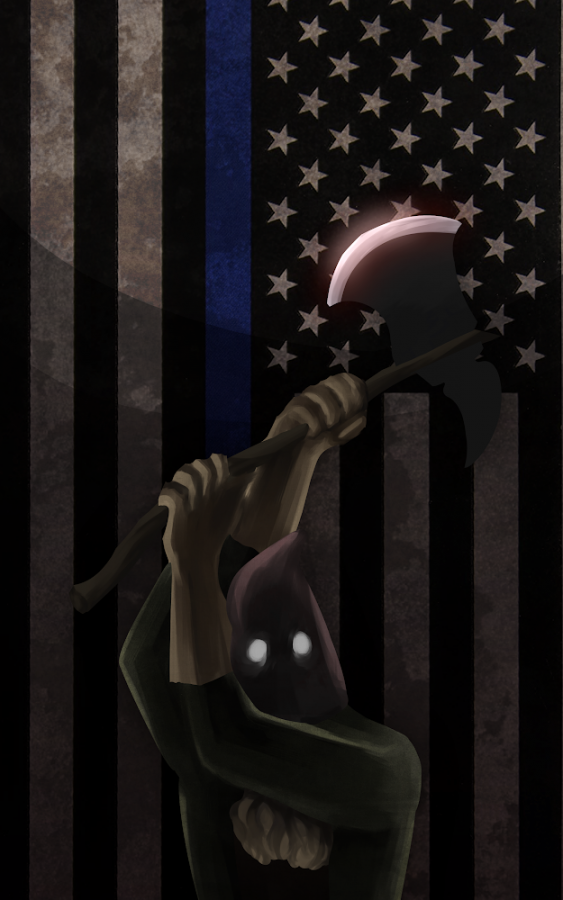 "The philosophy of the Bloody Code is that only more suffering can stop crime — that to protect our innocent citizens, everyone even slightly guilty must be submitted to the worst punishment imaginable."

The ongoing racial justice movement, while intimately tied to race relations in the United States, should not and cannot be seen as no more than an anti-racist movement. While police violence does present Black communities with disproportionately more heartbreak, and while #BlackLivesMatter continues to be the movement’s rallying cry, the discourse surrounding the movement is defined, at its intellectual core, by the principle of justice.

While people who oppose #BlackLivesMatter are motivated by a racial bias, in justifying this bias, they regress to a perception of justice that is as outdated as it is hypocritical. The rhetoric, ideology, and logic of the reactionary coalition is that of the Bloody Code.

In the early 18th century, as the British Empire made the transition from an old-world feudal economy to a lucrative capitalist one, the kingdom experienced a judicial transformation. As city populations skyrocketed, crime ballooned, and prisons overflowed, Parliament and the judiciary collectively embraced a new philosophy of justice — deterrence would be the order of the day.

According to the Death Penalty Project, to discourage people from petty crime, the government expanded the list of capital offenses to cover everything from associating with Romani people to cutting down municipal trees. Eight-year-old children were hanged for stealing cups.

As George Savile, 1st Marquess of Halifax, who sat in both the House of Commons and the House of Lords, explained, “Men are not hanged for stealing horses, but that horses may not be stolen.” Later historians affectionately named this draconian system of British historical jurisprudence, “the Bloody Code”.

On an emotional level, this system seems ridiculously unfair. Why should the punishment for a major offense be no different than the punishment for a petty crime? And yet, there is something very modern about the pragmatism of this approach — the belief that the goal of justice is not to punish criminals, but to prevent crime as a whole.

This is, after all, one of the core beliefs of most modern judicial reformers, including those of #BlackLivesMatter: the goal of a justice system is to reduce crime, not to punish criminals. As the ACLU notes, the incarcerated population of the United States has increased by 700% since the 1970s, meaning that recent police practices (namely, the harsh prosecution of black men with minor drug offenses) have increased criminality rather than curbing it. Of course, the meager praise that can be afforded to the Bloody Code for being more modern than, for instance, the eye-for-an-eye standards of antiquity, does not stand up to scrutiny.

Organized crime flourished, to the point that, according to The Thieves’ Opera by Lucy Moore, a mob ringleader named Jonathan Wild was given the office of Thief-Taker General (analogous to city police chief) from which he expanded his criminal enterprise, working in tandem with the people he was supposed to be arresting.

On the white-collar side of crime, graft and corruption thrived like never before. 18th century England is well known for the “South Seas Bubble” Scandal — during which members of both political parties and both houses of Parliament propagated a fraudulent government-chartered “South Seas Company”, and made millions by artificially inflating the price of the company’s stock.

The philosophy of the “Bloody Code”, the idea that “men are hanged not for stealing horses, but that horses may not be stolen”, is revolting. Not just because hanging children for stealing cups is so evil that no drop in crime-rates can justify it, but also because this means of justice can only lead to more crime.

The analogy between the “Bloody Code” and the policing practices in 21st century Black communities is clear. Prison populations (with the reality of mass incarceration) are at an all-time high. Police hound black neighborhoods for any possible provocation. People live in fear of officers of the law, but this fear only encourages crime — because the law too often sees no difference between innocent African Americans and the criminals.

This analogy is made more uncomfortable by some additional details. According to the National Justice Museum, some historians mark the beginning of the Bloody Code with the passage of the “Black Act” of 1723, which was passed in response to a series of deer-thefts by a group of poachers who painted their faces with soot, and were thus called “the Blacks”. Similarly, the aforementioned story of Jonathan Wild mirrors the trajectory of the Baltimore Police Department — who, in 2019, became implicated in drug trafficking and other sojourns into the criminal world.

And in this system, every now and then, an innocent child is killed: not at the gallows but at the hands of police, not for stealing a cup but for something equally insignificant, not in front of a crowd of jeering onlookers but in front of a nation of online witnesses.

There is a difference between a state-sanctioned execution and a killing committed by a police officer. The semantics of this distinction is explored in “The Semantics of Police Violence”.

Nonetheless, when people defend the status quo, their argument is, “What happened was unfair, but it has to be this way. This is the system that works. We police Black neighborhoods because it discourages crime. As a result, sometimes people are killed in high-stakes interactions with officers of the law.”

“Men are hanged not for stealing horses, but that horses may not be stolen.”

This core message is masked with dozens of tiny rhetorical feints— but the analogy to the Bloody Code helps mow through these tricks. “But was [name] really so innocent? Look at their use of drugs and/or the fact that they were doing something slightly provocative!”— “But they stole a cup!” “But being a police officer is a dangerous job!”— “But not everyone could work the gallows!” “Without the police, there is nothing to protect you from criminals!” — “The noose exists for a reason!” With the window dressing removed, all that remains is the outdated belief that the cruel punishment of an innocent person is a valuable part of an efficient justice system.

Justice is and ought to be a force for good — a way to prevent suffering. The philosophy of the Bloody Code is that only more suffering can stop crime — that to protect our innocent citizens, everyone even slightly guilty must be submitted to the worst punishment imaginable.

This is a view of justice as monstrous as it is objectively ineffective. And yet, people across the country continue deceiving themselves, intellectually regressing to this 18th century dictum to find some way, any way, of justifying their racism.

And hopefully, by understanding the vapidity of this self-deception, we can see racism for what it is — instead of sheepishly regarding it as a “difference of opinion”.