Here’s Why Chief Wahoo is a Problem 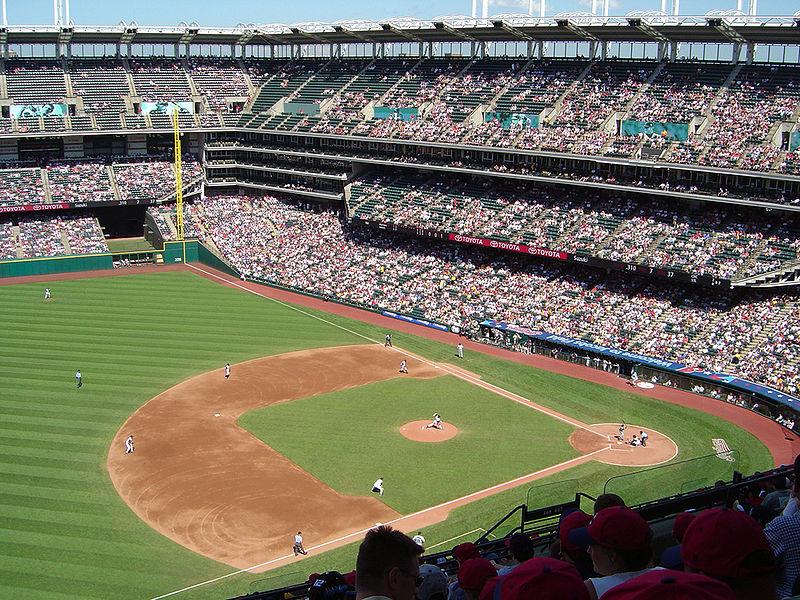 Cultural appropriation is defined as the use of cultural iconography of an oppressed group by members of a dominant culture.

“Another way of explaining is that it’s when … privileged people in the majority [use] individuals or groups that have been historically marginalized for their own benefit, whether it’s political or social,” Social Studies teacher Greg Deegan said.

We see cultural appropriation daily in our sports teams’ appropriation of Native American culture, including the Cleveland Indians.

“In general, naming teams after groups of people who have a shared religious or racial or ethnic identification is just wrong,” said Deegan, who attends annual protests in opposition of Chief Wahoo. “It marginalizes and diminishes them as people.”

“If there were a team named the Cleveland Jews and the mascot caricaturized stereotypical Jewish traits there would be an uproar, and it’s the same principle here,” he added.

One could call slapping a Native American image on a sports team helmet a “tribute,” but prior to making that claim, ask yourself the following questions:

The numbers are generally pretty low.

Now think about how many sports teams have an association with Native American culture. The number is generally significantly higher than answers to the previous questions—the Chiefs, Braves and Redskins, just to name a few.

We often see the presence of Native American culture in our lives, but it is not being honored. It’s being commercialized and exploited while the people are erased.

Sports are not the only area where cultural appropriation is present.

In music, the “borrowing” of cultural aspects like clothing and language robs minority groups of credit they deserve.

Music forms that originated with minority groups become associated with the privileged group.  The dominant group is credited with being innovative, and the disadvantaged groups continue to face stereotypes and discrimination.

For example, blues and jazz originated when African Americans turned to music in the face of hardship and discrimination. Yet when jazz became mainstream in 1917, its face was not black, and its black creators were not acknowledged.

In fact, in 1916, the first jazz record mass released was that of the “Original Dixieland Jazz Band,” a group of five white musicians. Although I am not questioning the group’s talent, I question the validity of the use of “original” in their name.

“Celebrities in the music industry do this a lot,” sophomore Asha Gaines-Smith said. “They don’t use their position of influence to expose the struggles of minorities or give due credit, [they use it] for fame and for a new look.”

Another harmful aspect of cultural appropriation is misrepresentation. All too often, those who appropriate from other cultures don’t do adequate research, and they often fail to solicit the input of the minority group.

When Katy Perry dressed as a geisha, a Japanese entertainer, to perform at the American Music Awards, she was not celebrating Asian culture as she claimed. In fact, she misrepresented the role of Japanese women entirely. Her portrayal fueled the stereotype of Japanese women as passive, timid, and willing to pledge their lives to “the right man” when, in fact, that is not the role of women in Japanese society.

According to Sociologist.com, 43% of people studying STEM fields in Japan are women, who make up 49% of the labor force in the country.  Japan is making great strides to close the gender inequality gap, and young women today are more likely to hold university degrees than their male counterparts. Similarly to western women, Japanese women strive to be seen as equals.

It’s important to consider that Katy Perry can put on make-up and pretend to be part of a different culture for a while, but at the end of the day she can wipe the makeup away and walk off the stage as a white woman who does not have to face the discrimination that Japanese women face.

Lastly, there is a big difference in perspectives between immigrants living in the United States and people living in their home country.

Americans have told me that when visiting Japan, they were complimented by locals for wearing a kimono or trying to participate in the culture, and that it was all part of the learning experience. They wonder why Japanese immigrants living in the United States should be offended when locals are not.

The answer is simple. Japanese immigrants face discrimination in America that is unfelt by their counterparts back in Japan, who are happy to see someone wearing a kimono and showing interest in a foreign culture.

To immigrants in America, wearing a kimono and professing it as a declaration of cultural interest is a sign of mockery. The same people who are appropriating Japanese culture are the ones who discriminate against them.

All of this, however, is not to say that one should never try to learn about another culture. When done respectfully and sensitively, particularly with input from the minority group, it is welcomed.

“People say to me, ‘Oh my gosh, [Chief Wahoo] is just a mascot,’” Deegan said about the protests, “but the harshest form of criticism is from strangers at Progressive Field who … swear at us, call us losers, say we should get lives. It’s not uncommon for them to make an Indian war cry and laugh.”

“Overall, the whole experience is very humbling,” he concluded. “But it also highlights just how many people are ignorant about such an important subject.”

In summary, cultural appropriation is about racial power play.

It is often done without input from any person belonging to the marginalized group. There is also little to no research on the history, experiences, traditions and meaning of the culture borrowed from. Thus, cultural appropriation is problematic and dehumanizing to the minorities it targets.